Being and Self: Disclosed Not By Instrumental Reason but Poetry, Music ..Art 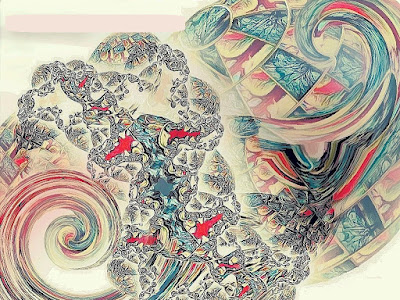 Another fascinating post at Jack's After the Future blog.  It is titled "The Meaning of History in 25 Theses." The theses could easily generate a book length commentary.  Among the very many things that could be discussed, the first to jump out at me is a snippet from his second comment to his post which is below, (I chose to bold).

Modernity especially in the period after the Industrial Revolution has become dominated by an ethos of instrumental reason that has created a group mind for which the depths of Being have been largely filtered out. Even religious language and poetry has lost its capability to disclose depths of the Being of the World that were accessible to our ancestors. Most poets and religious thinkers don't even try to disclose it because it has become so inaccessible. The ones who do go unread because nobody knows (or cares about) what they're talking about. 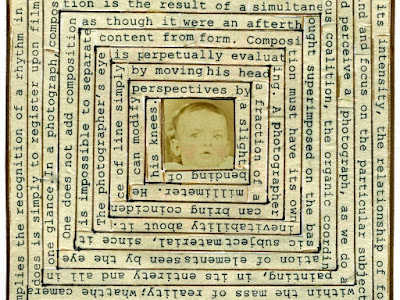 This is a theme that Jack often expresses.  It is that the modern project is coming to an end.  In the late modern era as he says, we have lost our ability to express and perceive the depths of being.  Instrumental reason has overcome and bulldozed all in its path.  In its place it is a good thing in my opinion.  (Ironically, I say this as a Fellow of a technical society with the former title of the Instrumentation Society of America.)  I wrestled with this for many years until the postmodernists, as crazy as they sometimes are and write, were able to explain to me that the age of Enlightenment was not all encompassing and the final explanation for everything.  The age of print brought about the Reformation, the rise of Science, Capitalism, and the Industrial Age.  In my lifetime we've gone from the age of print to the age of Radio and Television broadcast, to the Digital Age.  The Visual is or will overcome the flatland of dry linear flatland Enlightenment.  Beauty, Music, Art, and Poetry with digital help should aid us for the next step.  The visual proves the error of the logical, sometimes.

What do the images in this post mean?  It is difficult for me to express but someting attracted me to them..

Email ThisBlogThis!Share to TwitterShare to FacebookShare to Pinterest
Labels: beauty, being, enlightenment, postmodern