The Spiritual Meaning of Our Animal Friends 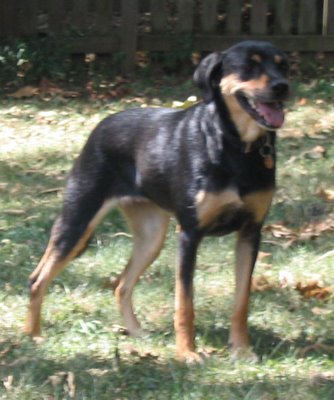 For some time recently I have been contemplating the relation between humans and animals.

Why do we humans have a deep need for and feel a special closeness to animals? I feel this somewhat. But others close to me feel this to a much greater degree. I want to understand this.

Animals are critical to the spiritual formation of our children.

How do we communicate with children age 2 to 4? Isn't it true that we communicate with them by picture and stories of animals? Think of books written for that age group. Ones you've no doubt read many times - if you have children. We use animals to teach them and nurture them into being human.

What do we teach? We teach friendship and communicate certain other truths.

Don't we consider ourselves blessed in some way/aren't we excited/ aren't we enchanted when we have a chance encounter with a deer? A bald eagle? Or even a rabbit? We are transported or interrupted. Our consciousness is altered. We go to another place.

And sometimes, these moments seem more special to us if we have children along. We are so excited that we want them to experience this as well.

These thoughts derive from an article in Parabola: The Search for Meaning Vol 31 No. 2 Issue Theme: Absence and Longing Summer 2006. The particular article is Loneliness and Presence by Thomas Berry, p 80.

(The photo is our new dog we received a couple of months ago from a rescue facility which is closing. Tweetie has very low self esteem. She is very scared of me.)

We are now empty nesters

Yesterday was our first day with both our sons gone. So we are now empty nesters. We knew our younger son was headed to Nashville for his freshman year at Lipscomb. Our older son who had stayed in town afther high school decided rather recently to transfer to the U. of Memphis. So there are big changes in our lives. The other big change in our lives is that we are part of a new church. So I've been looking to the future quite a bit recently. Its time to get out of the old ruts and into some new ones. From Amazon this week I received "The Shaping of Things to Come: Innovation and Mission for the 21st Century Church". There is a quote appropriate to my life changes in the front by Hans Kung.

A church which pitches its tents without constantly looking out for new horizons, which does not continually strike camp, is being untrue to its calling... [We must] play down our longing for certainty, accept what is risky, live by improvisation and experiment.
Posted by SteveA at 1:19 PM No comments: 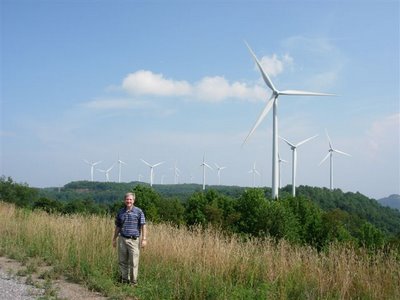 I trekked to TVA's Buffalo Wind Farm in Oliver Springs, TN a couple of weeks ago. These wind mills are tall and stately. They make a pleasant "Swoosh" sound. They are majestic.

I've been reading lately about Ground Source Heat Pumps. When I bought our present house 16 years ago I accepted whatever systems the builder had installed. The next time, I'm saving energy and dollars with one of these systems. I would convert my present HVAC but we don't plan to be here but for 2 or 3 more years in this home.
Posted by SteveA at 10:42 PM No comments:

Beyond Liberalism and Fundamentalism: Pt 3

The last chapter is "Metaphysical Holism and Divine Action". She begins with a nod to a 20th century philosopher by the name of Roy Wood Sellars. Sellars described the universe and its evolution as involving the march of ascending levels with the emergence of new properties at each level. He rejected "reductive materialism," the view that all of reality can be, in principle, reduced to the motion of atoms moving about and completely described and limited to physics calculations. Reality is thus reduced to the impersonal. All that we feel is reduced to and determined by the laws of how atoms bump and clump together. That is determinism and it dominated the Anglo-American philosophical world of the mid-twentieth century in which I grew up. He contended that there was too much emphasis on stuff and not enough on how things were organized. There are different causes and relationships and characteristics that apply to a succession of reality's levels. The levels that Sellars countenances are the inorganic, the organic, the mental or conscious, the social, the ethical, and the spiritual(1). He is a proponent of an idea known as emergence(2).

From here philosophers, biologists, physicists, and even new age authors (3) have proceeded to develop the nature of and implications of emergence.

With each step upward in the heirarchy of biological order, novel properties emerge that were not present at the simpler levels of organization. These emergent properties result from interactions between components. A molecule such as a protein has attributes not exhibited by any of its component atoms, and a cell is certainly much more than a bag of molecules(4).

From here Murphy proceeds to discuss the concept of supervenience. This concept, introduced in the seventies, refers to how action on a higher level specifies or controls activity on a lower level. For instance, in a biological cell it is the dynamic activities and processes in the cell that control the chemical reactions and positions of the individual molecules and cells. By analogy we can move up the ladder to higher and higher levels. For example, mental processes control or supervene the physical and electrical properties in a person's brain.

Nancy then makes the extrapolation then that if the highest level is God, then God supervenes the physical world. This allows natural laws to be in place and still functioning at all times and yet God, through supervenience, can act in the real world.

It is just a suggestion. She does not flesh the details out but suggests that this may have the potential to change the current polarization of religious dialogue. There is much work to be done.

Here, ten years since she wrote, religious thought, at least for most of the public, can still yet be easily be divided between two extremes, liberalism and fundamentalism. She hopes that the concept of emergence and postmodern philosophy and theories of language will allow thoughtful positions along a spectrum of these two extremes.

3. Ken Wilber talks about this in his The Marriage of Sense and Soul. This book traces the idea of the hierachical view of reality back in to ancient wisdom sources.

From chapter four of Murphy's book, I'm learning about epistemological holism. Rather than our knowledge being based upon a foundation of direct common sense experience and propositions that build on that, a postmodern view is that there is a web of beliefs which connect to each other in various ways. Coherence is an important concept here. How these beliefs fit together must be coherent. When a report of a new observation occurs, it is attached to the web in a way that least disturbs a person's web of belief. Let me give an example I've been thinking about lately. For instance, let us suppose a new piece of data ostensibly supporting climate change is reported. How does a climate change skeptic deal with that? By a variety of strategies including questioning the data, questioning the motives of the publisher, adjusting previous beliefs to make the new data fit, conjuring up another mechanism for the specific item reported, etc. At some point such a skeptic might realize that their belief system can no longer be made to coherently fit all the data and experience. When it is realized that a new adhoc hypothesis must be contrived in order to accomodate each new piece of information, then it is time to change.

Now on to the remaining chapters.
Posted by SteveA at 6:09 AM No comments:

Beyond Liberalism and Fundamentalism

Am reading Nancey Murphey's Beyond Liberalism and Fundamentalism: How Modern and Postmodern Philosophy Set the Theological Agenda.

I am part way through it. I think she adequately describes how "the predominant materialist, atomist, reductionist, assumptions" that led to science were taken to extreme by both the fundamentalist as well as the materialist mind set, producing fundamentalism and liberalism. A third way is emerging. Am looking forward to its description in chapter 6 which "surveys changes in understandings of science that have deep metaphysical implications and thus consequences for an account of divine action as well." (p86)
Posted by SteveA at 6:12 AM 1 comment: